There are many who believe that the jungle has medicine for the whole world. Whether it is the immense wealth of medicinal plants, its powerful ability to sequester carbon from our atmosphere, its biodiversity of plants and animals, or a spiritual destination where travelers reconnect with the divine in nature, the Amazon is a global treasure filled with inspiration. This wisdom is conveyed in explosive color with sublime representations of real and other-worldly creatures in the artwork of Luis Tamani. This January and February Australians will have a rare opportunity to see him paint live and witness the visions that emerge while he travels a continent far from his home in the Amazonian jungle of Peru. 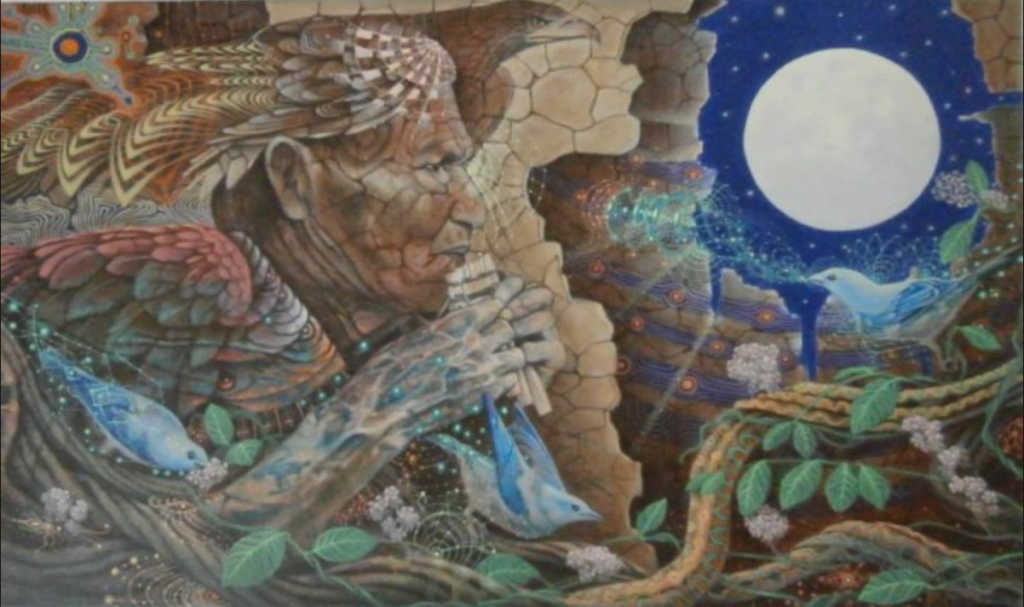 They say a picture is worth a thousand words, likewise Luis’s paintings are like an encyclopedia of mystical wisdom. Incorporating plants, spiritual deities, and swirling energies in a rich, lush jungle-scape full of waterfalls, colorful birds, and elders in ceremony allows the viewer to step into another world. Tamani is a messenger for something ancient that is reawakening, something indigenous that is contemporary yet eternal and he conveys it through brush strokes on canvas.

He studied Art at the Eduardo Meza Saravia Escuela Superior de Formación Artística located in his native city of Pucallpa. The founder of the school, Sr. Meza was one of the great proponents of neoamazónico, figurative, surreal and shamanic styles of painting. During five years of attendance, Luis received both rigorous academic training and training in the techniques of the master after whom the school is named, including synthesizing reality through metaphor and symbols on the canvas. After graduating, Luis painted abstracts, blending texture and shape on the canvas.” -Plant Teachers 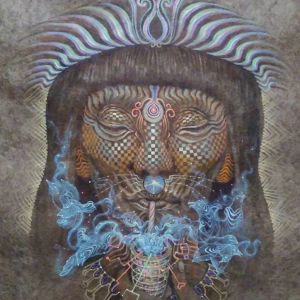 In addition to his formal training, Luis is influenced by the sacred ceremonies and medicinal plants of the jungle. By merging his own visions with art, he is able to show the interconnectedness between humans, plants, and animals. He also brings reverence to the deep cultural traditions that have been preserved in the shamanic traditions of the region.

Artists can be mediums through which visual transmissions of non-verbal information are conveyed from the plant kingdom or maybe even from other realms altogether. Humans have always used art in all forms to convey ideas that transcend words. Luis is in the category of artists who play a shamanic role in modern society, awakening us all to the divine by invoking wonder.

“Mirror Neurons are neurons that fire both when a person acts and when the person observes the same action performed by another. This brings us back to a very basic concept in human evolution which involves modeling. When you observe a profound piece of art you are potentially firing the same neurons as the artist did when they created it thus making new neural pathways and stimulating a state of inspiration. This sense of being drawn into a painting is called “embodied cognition”. -How Art Changes Consciousness 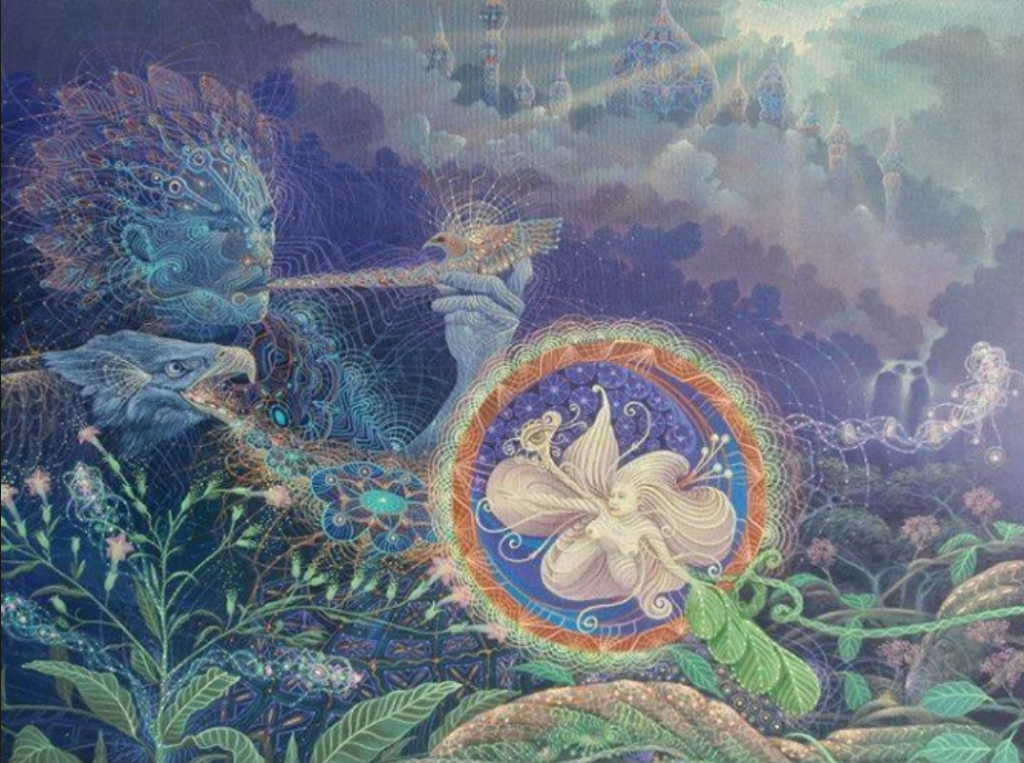 If we want to take this concept of mirror neurons to the next level, imagine what is happening in your brain when you watch the artist create live right in front of you? Luckily if you live in Australia, you can experience it for yourself when Luis visits your region. Exhibition, Live Painting and Workshops at Rainbow Serpent Festival, and Somara Festival.